Sweet potato! In the Philippines and Mexico they call it “camote.” In New Zealand they call it “kumara,” in Malaysia and Indonesia it’s known as “ubi kentang,” in Japan it is “imo.” The botanists call it Ipomoea batatas. I’m sure almost everyone eats sweet potato – boiled, steamed, in pies, in soups, as salted or spiced chips and now even in sushi rolls! But do you eat sweet potato leaves? *Grimace?* I’m not surprised. I think only Southeast Asians eat sweet potato leaves and shoots. We put them in soups, or stir-fried with chicken pieces, shrimps, and even as blanched salad. We serve it with a little vinegar, chopped tomatoes, fermented fish or baby shrimp paste. Hmmm, yummm!

I love gardening and so did my mom, and her mom  – my grandma. Well, maybe I got the gardening mania from them! When I was growing up in Asia, it was  very common to have vegetables and fruit trees planted around our houses. In our own home, we had a large patch of sweet potatoes in our backyard, a papaya tree and a moringa tree (“malunggay” or “drumstick tree”) in front of our gate. The sweet potato patch was a source of “camote” tops / shoots (green vegetables) for our family, as well as fodder for the pigs my mom was rearing in a pigsty further back in our yard. So yes, we did eat grass! There were also taro tubers lining the sides of our house, together with some dwarf bananas and a lone cayenne pepper plant. Filipinos are not really chilli eaters but we use them in our dips or to add a kick to certain dishes. These plants were so easy to grow and they were perennial, so, we just kept watering them once they got planted. In fact, sometimes they grew on their own without being planted – like the moringa and the papaya trees in front of our gate which most-likely grew from seeds that drifted through the communal drain. We ate these vegetables almost everyday and we took them for granted. In fact, we kind of felt sick eating them ever so often. Who knows one day technology would reveal that they have healing properties! My mom had always insisted we ate our vegetables and we did, even the bitter gourd, which is really bitter! My mom was a Home Economics primary school teacher and she would keep reminding us how rich in vitamin A the moringa and the sweet potato leaves are, even though they were among the “lowliest” of vegetables, because they were so readily available.

About a year ago I had a dream where I saw sweet potato vines  inside my refrigerator. (Yes, it grows as a vine, unlike regular potato – Solanum tuberosum – which grows as a shrub like eggplants and tomatoes.) When I remembered the dream the next day I thought, “That reminds me of my childhood days, when we used to grow sweet potatoes in our backyard – so many vines!” But because what I saw in my dream was my refrigerator here, right now, I thought it didn’t make sense. My family and I eat sweet potato shoots here in America but we buy them only from the Asian market and they are never sold as vines, just shoots. I thought, “Well, unless I have sweet potatoes planted in my garden, I can’t possibly have those vines. Strange dream!”

Then about 6 months later a friend of mine introduced me to VGWellness products and I used the moringa as remedy to the trigger finger condition I had. After looking at their line of products, I realized the immune system booster, VG7, is made up mostly of the vegetables we grew in our backyard as a kid. I thought, hmmm, so those veggies actually are super foods! They were “simple” and “lowly” foods we took for granted but were actually fully-loaded with anti-inflammatory, anti-oxidant, anti-hypertensive, anti-diabetic, anti-cancer, anti-stress, anti-allergenic and anti-infection phytochemicals! Hence, I got inspired to use more sweet potato leaves and bitter gourd in my cooking, the only ones most available in the  Asian market here. Then I realized, after stripping off the leaves, I have the sweet potato stems which I can try planting in my garden in summer, and the bitter gourd seeds, too! So, last summer instead of throwing away the sweet potato shoot stems I planted them and they grew! (Unfortunately, the bitter gourd seeds didn’t even sprout. Maybe I needed to dry them in the sun first?)  I harvested the camote shoots like twice a week! Now that summer has ended I do have plenty of potato vines! Now, that “strange dream” a year ago had come true! In fact, I had forgotten about that dream until I read it in my diary when I had already planted my sweet potato patch.

Tonight we’re eating probably the last watermelon before the cold season begins and I feel like, “Good-bye sunny summer, hello homey winter!” Even though summer has ended I don’t feel so bad as I had done some gardening, after such a long, long time! This is actually the first time I planted vegetables again since primary school. I had only planted ornamentals before this and not in America even. I am just so thrilled because for me, sweet potato is a tropical plant, and I was not sure if it would grow in the summer here in the cold Northeast. So, this past summer was particularly productive for me. Yes, the joy of gardening!

Garden to Table. We love camote leaves on bean-potato soup!

I also enjoyed trying out my sweet potato shoot harvest with other recipes I know. I found out that sweet potato leaves are not as fragile as I thought. It keeps quite well in the refrigerator when wrapped up in a plastic bag.

The sweet potato shoots stayed fresh in the refrigerator even after 5 days. Yes, part of the sweet potato planting surprise was finding tiny tubers having grown under! My mom used to say sweet potato plants won’t grow tubers if you keep harvesting the leaves. Well, they grew, but not much. We need a longer planting season to grow bigger tubers and maybe yes, with no shoot / petiole harvesting!

Sweet potato leaf is extremely high in vitamin A and also high in vitamin C, riboflavin and folate. It is also a good source of protein, niacin, calcium and iron, and a very good source of dietary fiber, thiamin, vitamin B6, magnesium, phosphorus, potassium, manganese, lutein and xanthine. It has such exceptionally high levels of vitamins and phytonutrients that studies have shown it has tremendous protective potential against oxidative illnesses like  cancer, allergies, HIV, cardiovascular problems, and aging in general.  Sweet potato leaves contain higher concentrations of polyphenols than major commercial vegetables such as spinach, broccoli, cabbage and lettuce. Polyphenols are powerful antioxidants and are thus, anti-carcinogenic. Researches have shown that sweet potato leaves have anti-diabetic compounds (acidic glycoprotein) that reduce blood glucose content in rats. The anthocyanin and ß-­carotene content in sweet potato leaves have shown specific health benefits like reduction in liver injury, whereas, the polyphenols, vitamins and anthocyanins in it exhibit antimutagenic effects. Its high dietary-fiber content also promotes bowel movement,  as well as anti-inflammatory  and antimicrobial activity. Sweet potato leaves (and sweet potato) is such a superior plant food that  it was selected by the U.S. National Aeronautics and Space Administration (NASA) as one of the crops to be grown in a controlled ecological life support system as a primary food source. Sweet potato leaves are currently primarily consumed only in the Pacific Islands, Asian and African countries but its superiority is recently catching the attention of the general public. *

Alas, fresh home-grown camote leaves from my garden will not be back for me until next summer, and my childhood home garden is long gone but whoa, what a relief to think all the phytonutrient extracts of those vegetables are now made available at my fingertips in the form of VG7 capsules! Next to fresh produce, this is the best and most economical way I can avail of the health benefits of those memorable tropical treasures! What d’ya think? Try our VGWellness products one of these days! In fact, we’re having a SALE!!!

Free Shipping for the Holiday Season!!! 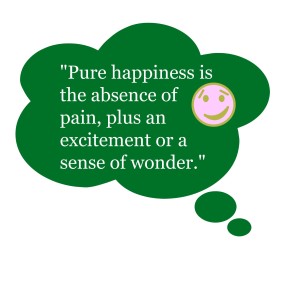